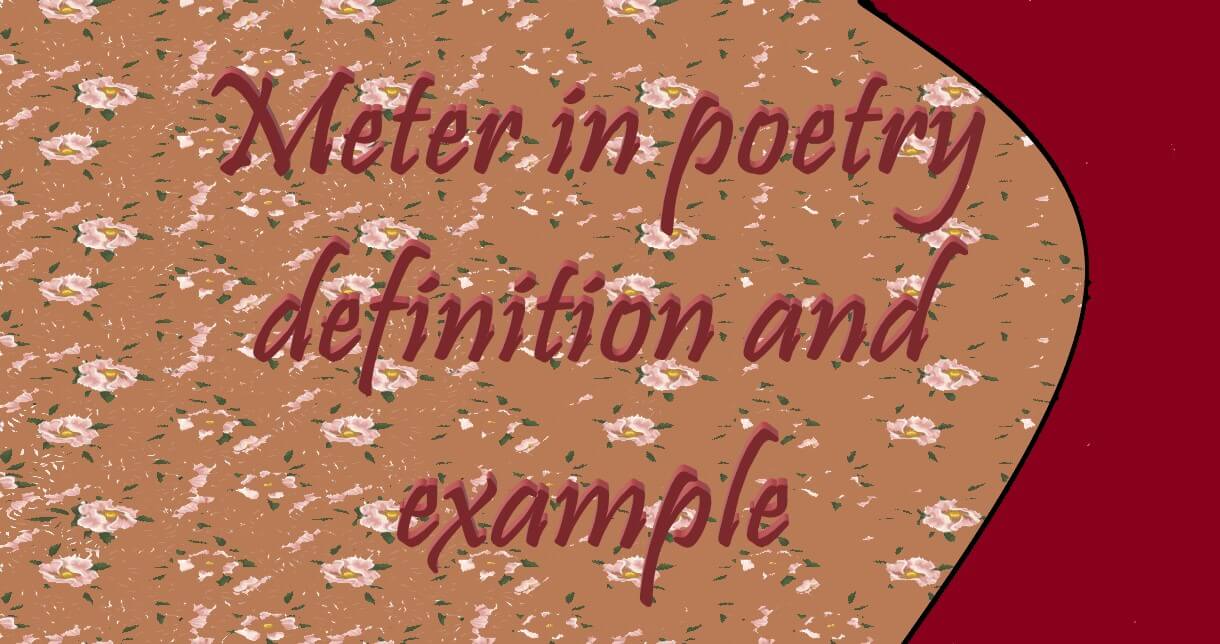 Meter is the rhythmic pattern of a poetic line. It is a unit of rhythm in poetry the pattern of the beats. It is also called a foot. It measures the rhythm of a verse. There are some rules and regulations and also various principles. Which is based on the national rhythms of language and they organized poetic lines into rhythmic units. Then the verification is produced among which the most common are accentual and un-accentual syllabic.

There are 7 types of Meters

There will be two syllables in Iambic Meter. The

structure of Iambic meters is:-

*The Rime of the Ancient Mariner

*The only shows I see

*I wondered, lonely as a cloud.

*I think that I shall never see

A Trochee is a two-syllable metrical pattern. It is followed by an unstressed syllable.

It is a two syllable metrical pattern in poetry. It is followed by two stressed syllables.

*On thy cold/ grey, stones /of see

Pyrrhic is the opposite of spondee. It is followed by two unstressed syllable:

* To a/ green thought/ in a/ green shade

Anapest is a poetic device which is defined as a metrical foot in a line of a poem. It contains three syllables in a lino. The first two syllables are short and unstressed and the other will be stressed.

#In my rage/ shall be seen

The de-sine/ of the month/ for the star

Dactylic is a poetic device which is used as a metrical foot in a line of a poem. it also contains three syllables in a line.

* Can-non to/ night of them

Can-non to/ loft of them

It is also a metrical poetic device which is used in a line of a poem. It also contains three syllables. Structure:

*I stood in the midst of/ the val-ley.