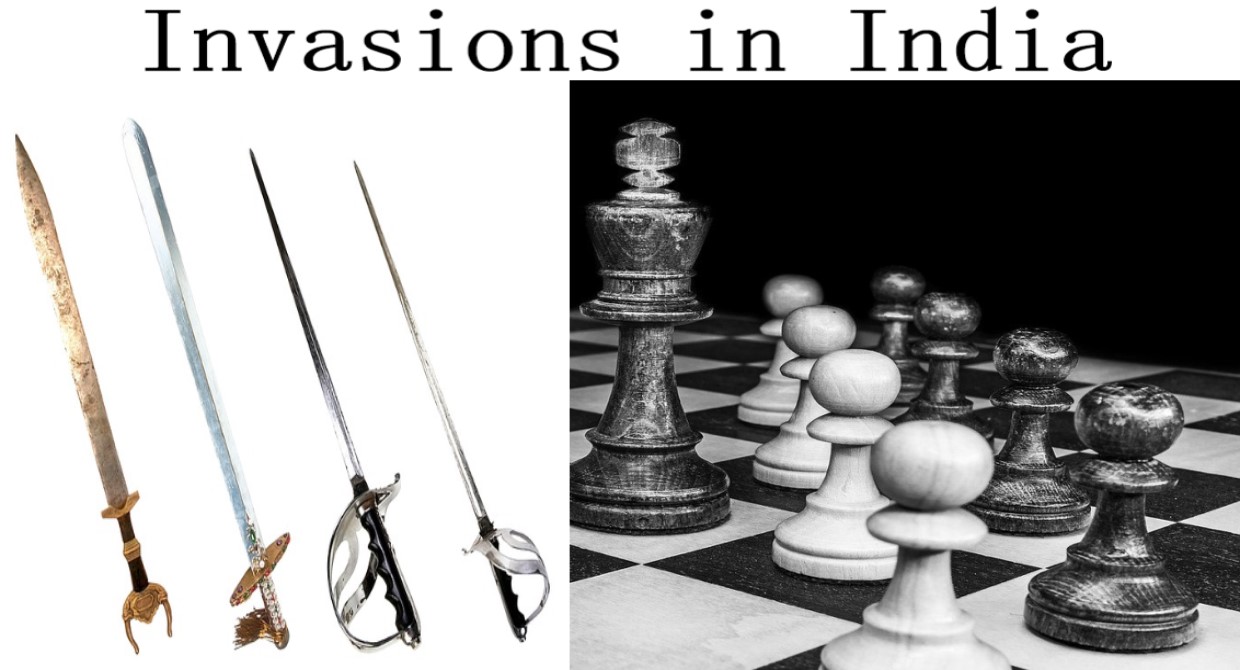 The Greatest conquerors from different dynasties.

India has a varied culture and traditions and being a prosperous and rich country with great civilization attracted the empires from different regions. Like, Persian and Macedonian invaded India for riches.

During the first half of sixth century the Persian people, the founder of Achaemenid dynasty and he’s successor Darius attacked and conquered Punjab and Sindh. Punjab and Sindh the most fertile part in north western India. Persian rule in this part for nearly two centuries. This invasion developed the trade system. And a new form of writing introduced by the people of Iranians and it was known as Kharosthi.

Greek invasion influenced the culture of India. During the fourth century Greeks fought with the Persian for power and they defeated Persian under the leadership of Alexander the great.

Then the Greeks attacked the north west part of India and defeated the king named Porus. But the Greek didn’t attack the

another part of India because he heard that the king of Magadha was waiting for him with a vast army. Greek played a role in our culture. This great invasion created political unity in India.

In 711 A.D. Muhammad-Bin-Qasim come with a powerful army and attack Sindh. He captured Sindh and defeated the ruler named Dahari in 712 A.D. He also captured Multan in 713 A.D. But soon the Khalifa attacked him and killed him. He was boiled to capture the other part of India.

Mathura was a beautiful city and this city was covered with the 1000 temples of Hindu Gods. Mahmud destroyed them all and looted all the things.

Mohammad Ghur first attacked in Multan and captured it in 1175 A.D. Even he captured Uch and lower Sindh and Gujarat. Mularaja ll defeated him when Ghur came for battle. He captured many states of India. But when he was in a war with Prithviraj Chauhan, the Rajput ruler of Delhi and defeated badly and humiliated. Prithviraj didn’t kill him. This battle was known as the first war of Tarain (1190-91) AD. The second war of Tarain was fought in 1192 A.D. This time Mohammad Ghur defeated decisively the Rajput Prithviraj Chauhan and killed him.

The slave dynasty who were Turks ruled India from 1206 to 1290. The first slave who became the ruler was Qutb al-Din Aibak. He was the general of Ghur, later he became the king. Sultan Razia was the first female Sultana who came from the slave dynasty. Those slaves are from the Turks dynasty. Even Muhammad Bakhtiyar Khilji who conquered Bangla and he Bihar was from Turks dynasty. And the Mughal who ruled India over 300 years was both connected with the Turkic and Mongolian ancestry.

The real Mohammedan conquerors of India were not Arabs but Turks.

You may read this helpful article Roman empire Britannia